Plex is the key to personal media bliss. Once you download our free and easy-to-use software where you store your files (usually a computer or external hard drive), it takes care of the rest. Plex magically scans and organizes your files, automatically sorting your media beautifully and intuitively in your Plex library.

␡
Page 1 of 7Next >
What if you could build a home network that allowed you access to all of your movies, music, and photos in every room of your house--on TVs and computers--for everyone to share whenever they wanted? If that sounds too cool to be easy or inexpensive, think again. In this final article in his series on building the ultimate Mac media center, Ryan Faas shows you how to create the ultimate home media experience--much more simply and for less money than you think.
Like this article? We recommend 
Macintosh iLife 06, The

Part 1 of this series looked at how to create a Mac media center by attaching your Mac to a TV and using Apple’s Front Row to have easy access to all your digital media (photos, music, podcasts, movies, and so on). This is a great way to outfit your living room with an amazing home and family entertainment center. We also discussed Apple’s forthcoming iTV solution that enables you to stream content from a computer to a TV by way of a set-top box solution. But most households today have more than one television and more than one computer. This article takes the Mac media center concept from being a one-room solution to being a home media network that enables you to access all your digital media conveniently from any room in your house.

In the living room, it makes a good deal of sense to attach a Mac or Apple’s forthcoming iTV to your television to use it as a media center. Unless you are opting to use one of Apple’s larger Cinema Displays or a 24-inch iMac, chances are that your TV offers a bigger screen than that of your Mac. However, the living room is often not the only room of a home to have either a TV or a computer. So, how do you take the media center experience from just being in the living room to also being in the bedroom, kitchen, or office?

One solution is an iMac (or even an older eMac) that offers a large clear display that can serve your computer needs and also provide access to all your digital photos, music, and video content. Another option is to attach a non-all-in-one Mac to a TV or monitor (and potentially a stereo system or speakers) in those rooms and create the Front Row experience there. In some cases, when a computer already is in the room, this can provide a less-expensive option than purchasing more than one iTV unit. 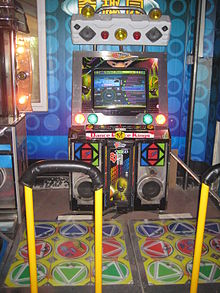 In choosing how to provide the ability to watch video or listen to music in your bedroom or have access to basic computing functions as well as digital media in your kitchen or office, you need to consider two things. First, what are your needs: just a computer, a portable Mac that can serve as an entertainment solution, a full-scale media center like that offered by Front Row or iTV but with no computing needs, or some mix of these options? The second consideration is that if you have multiple Macs (or Macs and PCs) in your house, how will you access and organize the photos, music, TV shows, and movies that are stored on them?

Some DNLA software aka. UPnP software includes the ability to 'transcode' video and/or audio files from one format to another. So if you have a mixture of DNLA clients which do not all support the same format it can convert the files for those that need it. You may want to take this in to consideration when choosing a DNLA package for your Mac.

Before I get on to DNLA I would say that DNLA is old, poorly supported, poorly featured and I would advise if possible to avoid it. There are other approaches which you may decide are better for you but if not then move on to the DNLA answers below.

Firstly, other non-DNLA approaches. The premier approach for doing multi-room audio is to buy a Sonos system. With this you either buy Sonos speakers e.g. Play:3 or you buy a Sonos Connect which allows you to plug in to an existing amplifier. Sonos supports all the audio formats supported by iTunes including Apple Lossless which is going to be the best format to use if possible. While Sonos is the market leader there are other brands offering similar solutions. Examples of other similar systems to Sonos include Logitech Squeezebox, Roku SoundBridge (discontinued), an Apple TV3 or TV4, etc. All these support Apple Lossless and all allow different rooms to play different tracks at the same time.

A second approach is to use Apple's AirPlay standard, many AV Receivers now support AirPlay if you have a network interface on your AV Receiver which these days is either standard or an option on most. iTunes would then stream directly to the AV Receiver using the AirPlay standard.

A third similar approach is to get one or more AirPort Express WiFi base-stations, these have an audio out connector, you AirPlay from iTunes to the AirPort Express and it outputs via its audio connector to the attached audio device which could be speakers or an AV Receiver.

Now there is a limitation with AirPlay, a single iTunes can only output via AirPlay the same content to one or more AirPlay destinations, if you want to play multiple different music tracks at the same time then this is where Sonos and similar solutions win hands down. The iTunes however can be a Mac, or Windows, or an iPhone, or an iPad.

Moving on to DNLA. You are probably going to find many DNLA servers for the Mac are either discontinued, or semi-discontinued in that they have not had a recent update and therefore may have problems with newer versions of OS X, or only work with some clients, or do not do Transcoding well or at all. In other words like DNLA as a whole it is rather a mess. You will therefore find that you may have to buy a commercial DNLA package although this will be still cheaper than say buying a multi-room Sonos setup. I would advise testing the trial versions, make sure to remove each before trying the next.

With no particular sentiments, have a look at the following.